What’s The Big Deal With an Inverted Yield Curve?

During the recent market pullback, there’s been loads of chatter on yield curves. People are concerned about the potential danger of a looming recession because yield curve inversions can be an early indicator. Let’s take a step back and understand what a yield curve and inverted yield curve, really represent.

Quick lingo lesson. Yield = Interest rate paid to investors. Maturity = The length of time until the bond period ends and your principal is returned.

To understand an inverted yield curve, we must first understand a normal curve. I find it best to learn with images, so here’s an example of what a normal yield curve looks like. What this represents is the yield being paid out by similar quality bonds based on the bond’s maturity. Date. The common benchmark is U.S. Treasuries. As you can see here, treasuries with shorter maturities such as 1, 2, or 5 years will find themselves on the left side of the curve, offering a smaller interest rate than those with longer maturities. As we move into longer maturities, such as 10-30 years, we see that we can achieve a higher interest rate for giving up our money for a longer period of time. 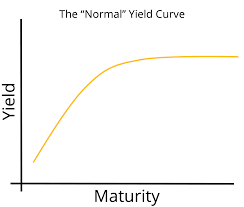 Wait, what do U.S. Treasuries have to do with my stocks and a recession? Good question. U.S. Treasuries are the safest place to put your money due to the assurance from the U.S. Government that your money will be paid back. Treasury yields and investor confidence move inversely of one another. When consumers feel confident, they invest in riskier assets. As a result, Treasury yields will increase to entice investors to move their money from riskier to safer assets . However, when confidence declines, investors are going to look for a safe place for their money. U.S. Treasuries offer tremendous safety and yields will go down as investors shift their money out of stocks and into Treasuries.

Here is what an inverted yield curve will look like. 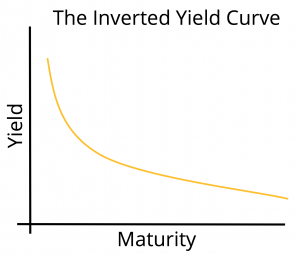 Opposite of a normal yield curve, shorter maturity bonds will return more than long-term bonds. This is what we are currently experiencing in the market, as two and three-year bonds began paying more than five-year, and we are approaching the ten-year. Investors have begun to make long-term safety a priority over short-term access to their money. They worry more about losing their money than they do about missing an opportunity.

Historically, this is quite rare, and usually happens shortly before the beginning of a recession. The curve inverted in 2005/2006, 2000, 1988, and 1978. The only exception was in 1998 when the yield curve dipped briefly for a month or two during the summer. It’s important to remember that this is simply a correlation, not a causation. Bond prices do not cause a recession, but often times offer a signal of when one may be coming. 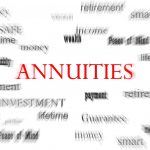 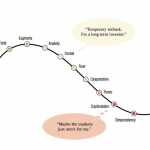 The Importance of a Long-term ViewInvesting